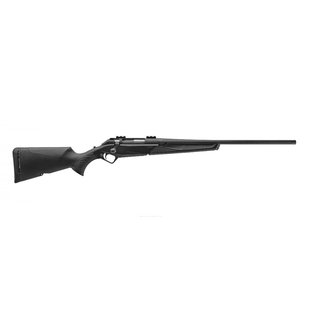 The LUPO is Benelli’s first bolt-action rifle. Sub-MOA accuracy, advanced ergonomics, and shooting comfort have been carefully engineered into this chassis-style hunting rifle that allows for exclusive fit and customization out of the box. Lupo is Italian for wolf and the Benelli LUPO is destined to dominate the land the way Benelli’s Super Black Eagle dominates the skies.

The LUPO is packed with innovative features—including 7 exclusive Benelli patents that add up to hunting rifle that provides a customized fit, handles beautifully and proudly carries a 3-shot sub-MOA guarantee.

The LUPO was built for accuracy and the key is the Lupo barrel system featuring a precision Crio-treated, free-floating barrel attached to a hardened steel barrel extension bedded to a steel block in the alloy receiver. The result is precision sub-MOA accuracy…shot-after-shot. 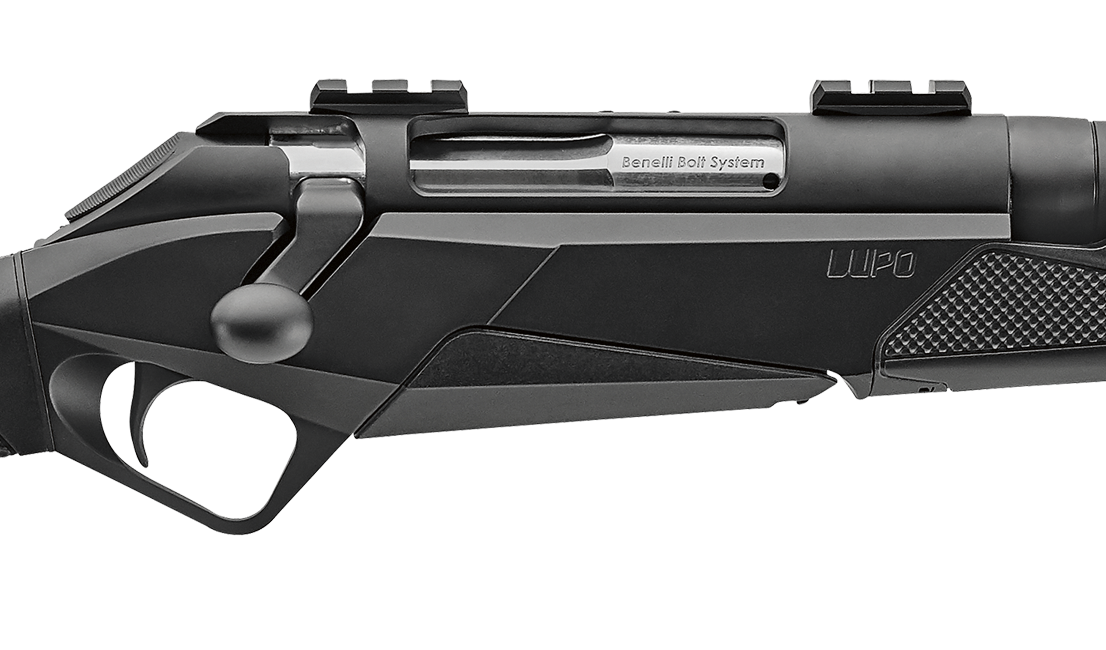 The LUPO tames recoil felt of big-game calibers with a patented, built-in Progressive Comfort system and Combtech cheek pad. Modified from Benelli’s proven Progressive Comfort system used on shotguns, the system is engineered with sets of interlacing fingers that flex, absorbing much of the recoil before it reaches the shoulder. Decreased recoil, less muzzle flip and less anticipated recoil by the shooter result in a greater ability to stay accurately on target. 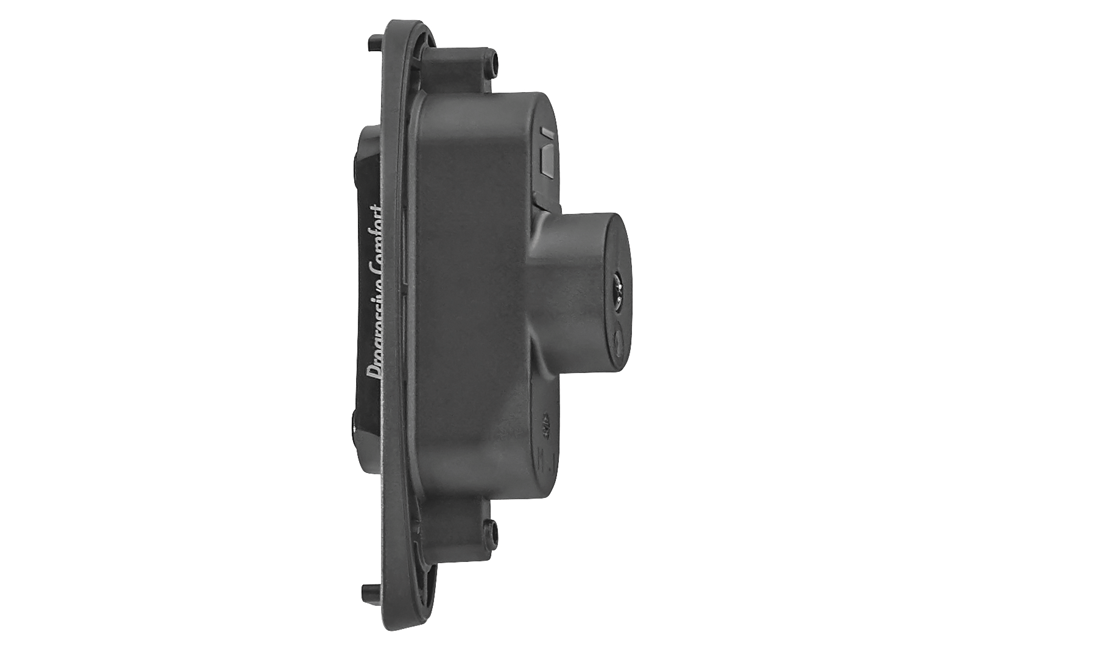 The shape of the Benelli LUPO has been optimized for control. The trigger is crisp and with an adjustable trigger pull weight. Included trigger reach spaces can be used between the receiver and the stock to position the shooters hand at an optimal distance from the tigger. The ambidextrous top safety is easy to access. The Airtouch Grip surfaces allow for a safe and firm hold on the rifle. 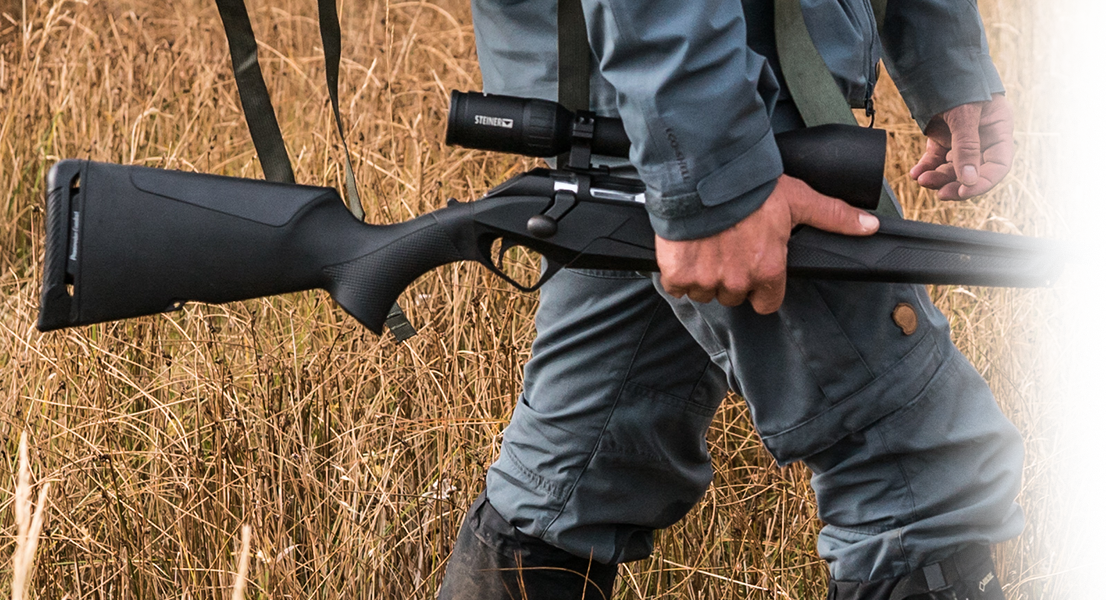 One of the truly unique features of the LUPO is the ability to adjust drop, cast and trigger reach with included shims. Shooters can achieve a customized fit out of the box without the need for expensive gunsmithing. Shims allow the stock to be set in one of 36 different positions. Optional fit choices include two raised cheek pad styles and one optional length butt pad. Great fit equals better control…and increased accuracy. 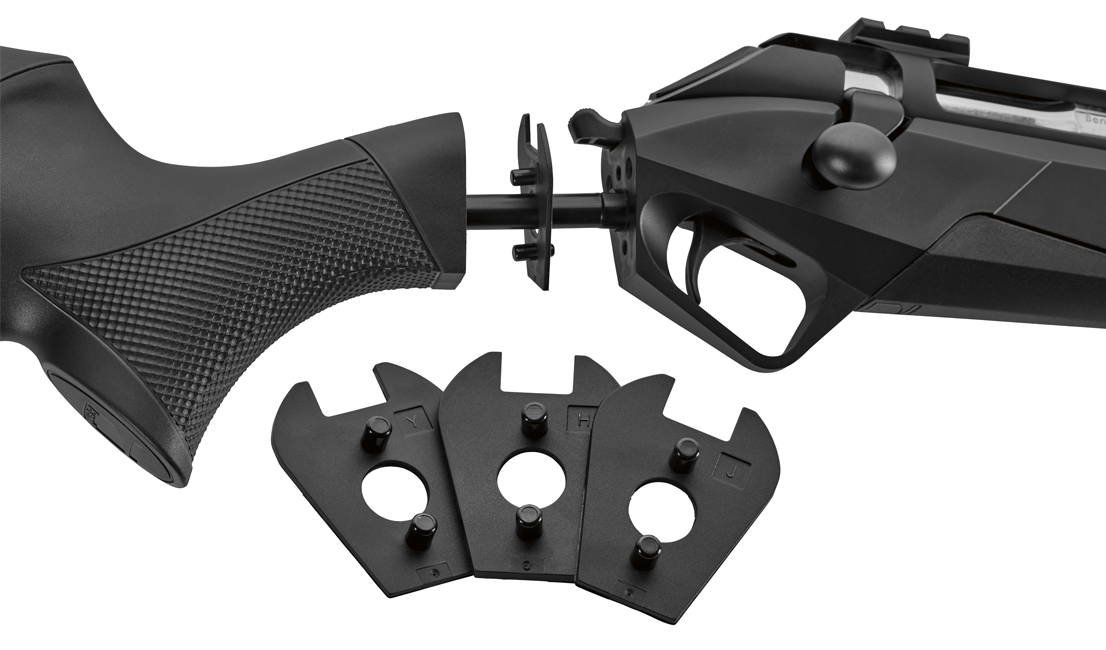 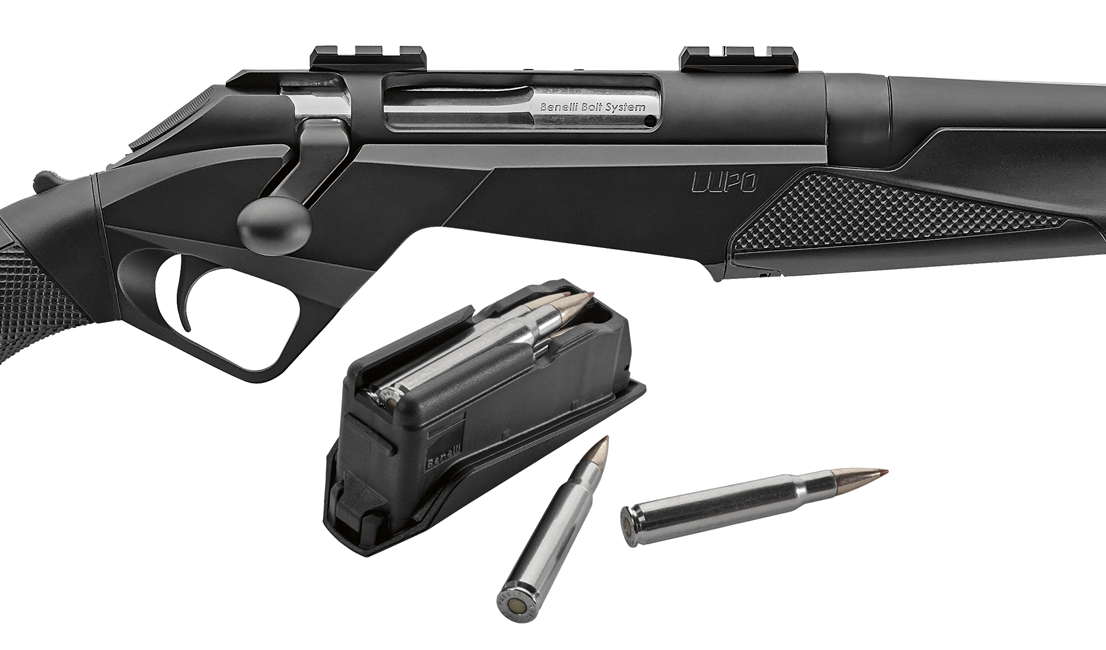