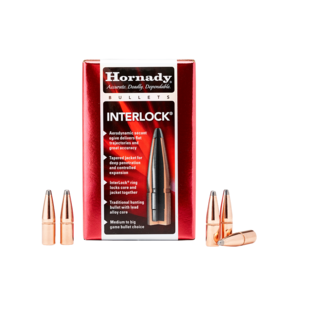 Strategically weaken the upper section of the jacket, ensuring consistent, controlled expansion, even at long range.

Jacket thickness is precisely controlled for expansion at all velocities.

Provides accurate and consistent crimping and also works with InterLock® ring to ensure the core and jacket remain locked during expansion.

The raised InterLock® ring is embedded in the bullet's core, ensuring the core and jacket are locked in one piece during expansion to retain mass and energy.